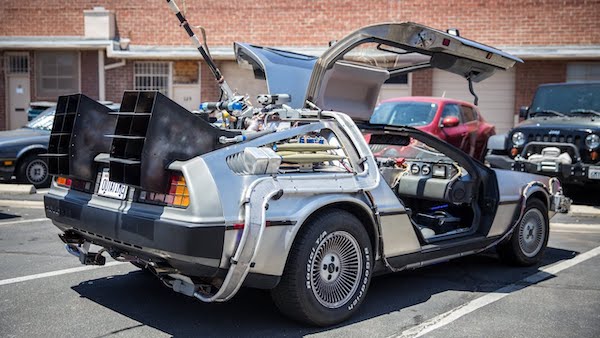 Using a car today is more and more like using a computer. You press a button to start, can use a touch screen and benefit from functions more computer than mechanical.

Some car manufacturers began to take an interest in on-board systems relatively early. General Motors’ “OnStar” system is already 19 years old – and 6 million registered users when Ford’s “Sync” platform, launched in 2007, already powers 5 million vehicles. However, the “connected cars” trend continues. to develop but the figures are still timid For 95% of the market, the connected car remains a pipe dream.

At the same time, some manufacturers have started to open up their systems and interfaces to the development of applications by outside companies, which may prefigure an ecosystem of dedicated driver applications.

Originally, the connected car was content to offer a limited number of useful functions, such as navigation aid, assistance, electronic diagnostics. The functions have evolved over time – even going, as mentioned, as far as opening up to third-party apps – but connected cars remain, in the end, “property” of the manufacturers.

The on-board interfaces (screens, touch wheels, interaction ergonomics, etc.) are proprietary and difficult to upgrade. And there is no real standard on the market, each aiming to impose its own standard.

However, each follows its own path. Alongside the automobile and its single-use systems, smartphones and applications offer a new horizon in terms of multiple uses. The initial interfaces are proprietary (phone manufacturer and operating system) but apps can evolve continuously and limited functionality replaced by a much better app.

How to connect the automobile on a large scale?

Connected mobile and automotive applications could go hand in hand. Provided that the different actors agree on a roadmap and at the cost of open standards.

So, how do you connect automobiles?

One (device) for everyone!

Smartphones can do it all. Or almost. Services and functionalities are developing (payments for example) and the smartphone has become much more “Smart” than “Phone”: a unique and almost essential tool for our daily tasks, from the simple wake-up call, through entertainment, work but also the “quantification” of our trips.

In this sense, using an app to quantify our vehicles is the next logical step. On the other hand, the “quantified self” should also include the part of us that drives, the quantified driver. This is what eiver does by putting the driver – not the automobile, interchangeable – at the center.

And you ? Are you more interested in a car diagnosis or monitoring your driving?

eiver improves your driving experience and rewards you for your efforts with experience points and credits convertible into discounts and benefits.

eiver values each good deed you do on the road, which allows you to better control your budget, improve your driving safety and reduce your environmental impact.

Take part in challenges with great prizes, compare your performance with the community and become a champion of responsible driving.