eiverTip 72: How to drive in the fog 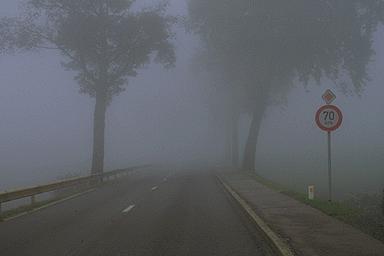 Fog can appear in any season anywhere. The biggest risk in the fog is the pileup. It usually occurs between 4 and 10 am, on separate axes and more frequently in some areas where fog is frequent and important roads.

According to Indeed, the obstacles are not perceived in the same way. Some will remain visible, others not. Also be wary of the phenomenon known as “vacuum”. The fog changes the evaluation of distances and disrupts pins. The driver will then tend to increase its speed so as not to lose sight of the rear lights of the vehicle in front. Meanwhile, the motorist who sees a vehicle approach him from the rear will tend to accelerate for fear of being hit. Instead of slowing down, vehicle speed increases. All this, combined with safety distances not met, could cause serious accidents.

Check the weather before departure. For an announcement fog delaying your departure if you can.

If you’re on the road, at the onset of patchy fog, reduce your speed and increase the distance to the vehicle ahead.
When visibility is less than 50 m, the Highway Code sets the maximum speed to 50 km / h, including highway.
If the fog allows visibility greater than 50 m, decrease in all cases your speed and obey the safety distances to avoid a “vacuum”. Remember, the first danger in fog is the pileup.

Be vigilant in risk areas: near swamps, lakes and rivers, forest areas and valleys …

Do not exceed the fog: it hides and removes obstacles appreciation of distances. Driving on the right lane.

Follow the instructions posted on motorway signs, and be careful flashes flashing indicating the presence of dense fog.

At intersections, open your window to better perceive the oncoming vehicles: if you can not see them, you may be able to hear them!

WHAT IF USING LIGHT FOG?

Use your fog lights front and rear at the same time as the main beam.
Do not turn on the high beam, they would have the effect of creating a “white wall” in front of you.
The rear fog lights are to be lit only in fog or snow, never in the rain, as they dazzle you following users. Do not forget to turn them off when you are out of the fog!

(article created with the help of French Road Safety Association)